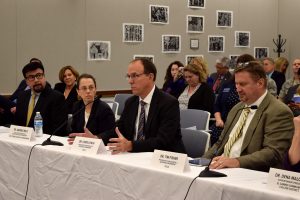 Approximately $61.6 billion of revenues go to the state of California annually from the aerospace industry, with a good portion of that activity coming from the Greater Los Angeles area.

“Folks may know that aerospace is a larger revenue for the state of California than the entertainment industry — than agriculture,” said California State Sen. Ben Allen. “It’s a pretty amazing thing that is sometimes lost in the broad discussion of our various industries in Sacramento.”

Conversely, the average age of an aerospace industry worker is 52 — there is a need to inject more youth to its ranks.

On Feb. 9, two UCLA professors lent their expertise on these issues and attended a special California State Senate Education Committee and Select Committee on Defense and Aerospace hearing: Higher Education’s Role in Preparing Engineers for the Aerospace Industry.

Professor Chris Lynch, who is chair of UCLA Mechanical and Aerospace Engineering, and Timothy Fisher, UCLA professor of mechanical and aerospace engineering and founder director of the Center for Integrated Thermal Management of Aerospace Vehicles, both testified at the joint committee hearing, hosted at Da Vinci Schools in El Segundo. 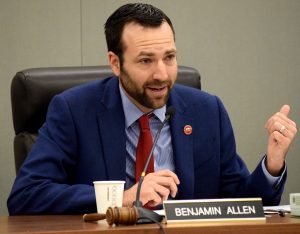 “We’re proud here in the South Bay that some folks refer to this area as the brain trust of the state’s aerospace industry,” Allen said.

“I grew up in an aerospace family in the Antelope Valley,” Wilk added. “We need to attract that talent … I’m excited to learn today and see what we can take back to Sacramento to produce policies for a better business environment for this particular industry.”

Lynch and Fisher were more than willing participants, who had a wealth of knowledge in their respective fields, and were able to give the lay of the land at UCLA.

Lynch performed his MS, PhD and Post Doctoral work at UC Santa Barbara, and he joined UCLA in 2007 after working at Georgia Tech previously. He has published over 180 journal articles and conference papers, and has a research focus on characterization, applications, and modeling of ferroelectric and magnetostrictive materials. 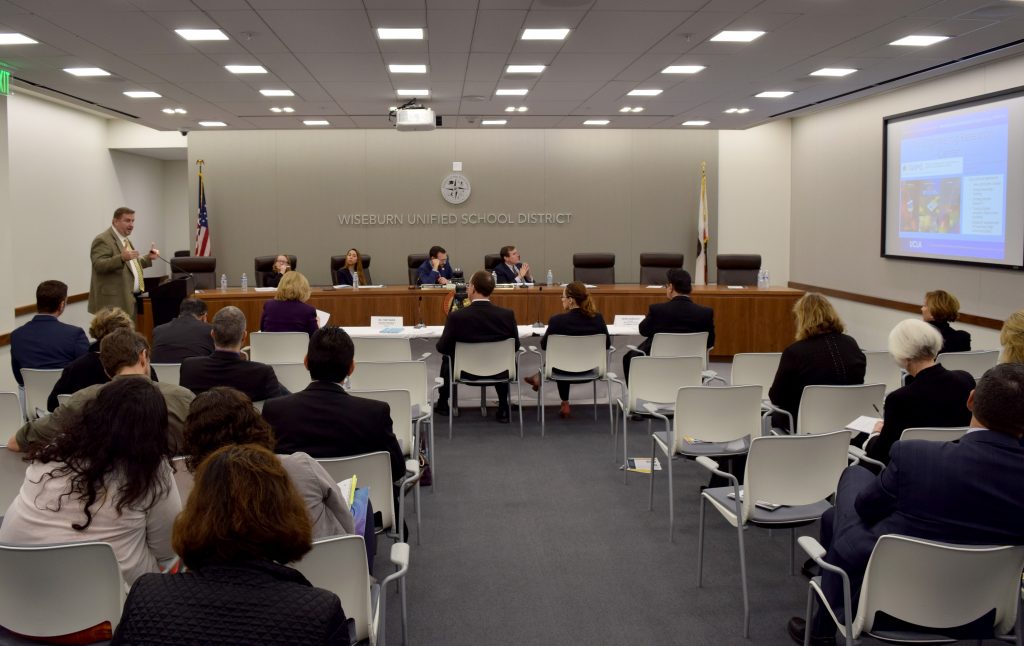 The California State Senate Education Committee and Select Committee on Defense and Aerospace hearing was held at Da Vinci Schools in El Segundo.

During his testimony, Lynch acknowledged the challenges of the application process. Approximately 27,000 (of a record 113,000) students applied for engineering programs at UCLA for approximately 800 spots.

“We all agreed that we are not trying to grow engineering at the expense of other programs, but with that, the successful push for STEM education through high school, including the introduction of robotics programs and the development of programs like the liquid-fueled rocket program at Tomorrow’s Aeronautical Museum in Compton and STEM-oriented high schools like Da Vinci and Samueli Academy, there is now a bottleneck at the bachelor’s of science level.”

Many of the solutions would revolve around increasing building infrastructure, Lynch said, noting that UCLA did just open Engineering Building 6, and the school has committed to upping the amount of incoming freshman over the next three years due to new state support. However, the problem ultimately is UC wide, and may require the expansion of campuses like Riverside and Merced that are less impacted by the crowding of a dense urban city. 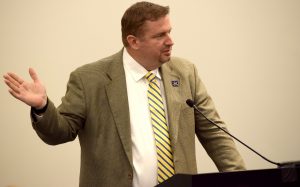 Fisher noted that he has only been an Angeleno for eight months, having come to UCLA from Purdue, but he did so because he sees great promise here. “There were two big draws for me moving here. One was the aerospace industry … and the second is that UCLA is a state treasure, it’s a national treasure and it is an amazing, amazing place.”

He said the drivers of the industry include space exploration, mass customization, intelligent systems and high-speed aeronautics. “We need to do more with government-industry-university partnerships,” he added. “I think that’s key to really build on this.”

He also said that the industry is reorienting some to a balance of aeronautics — things that fly in the air — and space technology. But he sees an excitement from students and the pipeline, with overwhelming demand for even the smallest of programs.

Allen vowed to continue working toward solutions for the problems of aerospace industry pipeline. Aerospace jobs generally require special security clearance, so there is pressure to have locally educated students, because many international students are disqualified. As far as infrastructure and growth, Allen wanted to further explore those partnerships, especially between the private and universities. There is also room for improvement on graduate students, where universities do have a great capacity to enroll.

Wilk also noted his ambition to partner with Assemblymember Tom Lackey to create a California Institute of Aerospace in the Antelope Valley, which would potentially partner with prime manufacturers and regional partners like UCLA. 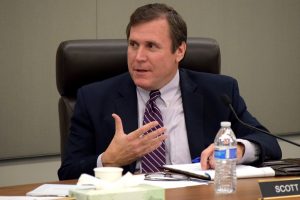 The UCLA professors were optimistic afterwards, and they plan on following up with all parties involved in the coming months.

“As a new California resident, I was heartened to see that the political system is intent on maintaining and growing its legendary strength in the aerospace industry,” Fisher said, reflecting on the hearing. “California in many ways sets the standard for supporting and nurturing advanced technologies, and a talented workforce pipeline is any such industry’s lifeblood. While solutions to the current challenges in sustaining this pipeline are not simple and many require long-term dedication and commitment, we did identify a few short-term actions that we could take that would have profoundly positive effects.”