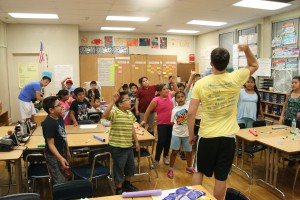 Volunteers made up primarily of incoming freshman and transfer students, along with alumni and community members, spent the day improving a number of community sites by teaching children, painting murals and finishing beautification projects.

Among the volunteers were a number of elected officials, who offered to help in their own districts, as Volunteer Day spread throughout Los Angeles County. Chancellor Gene Block also made an appearance at several sites. Here is some of what took place in pictures: 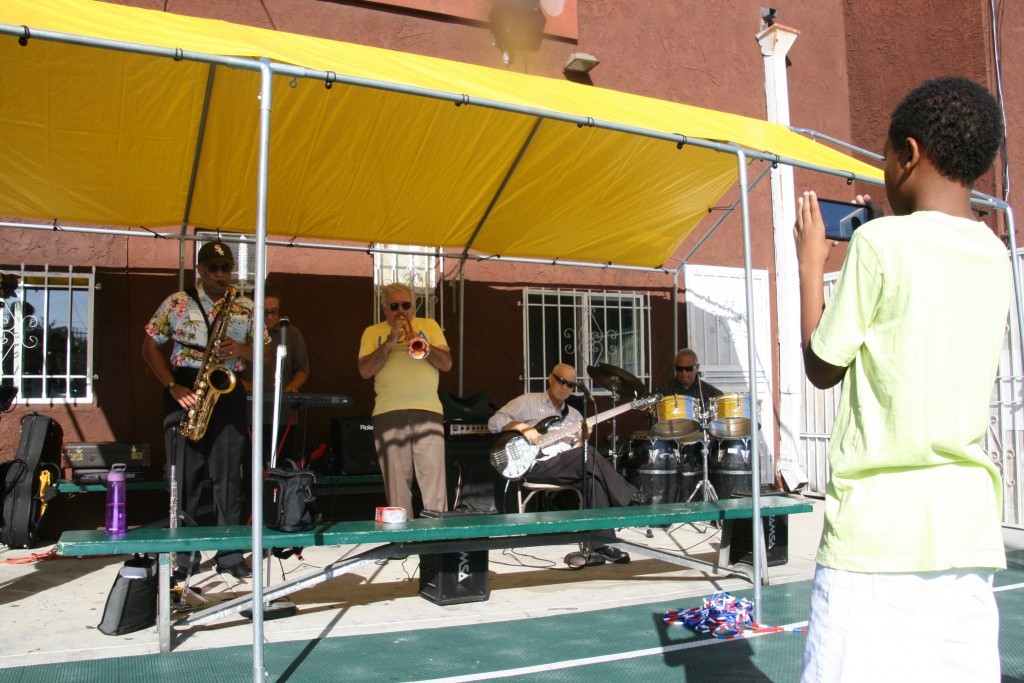 Members of the UCLA Herb Alpert School of Music kicked off UCLA Volunteer Day at the Al Wooten Jr. Heritage Center with a full jazz band. 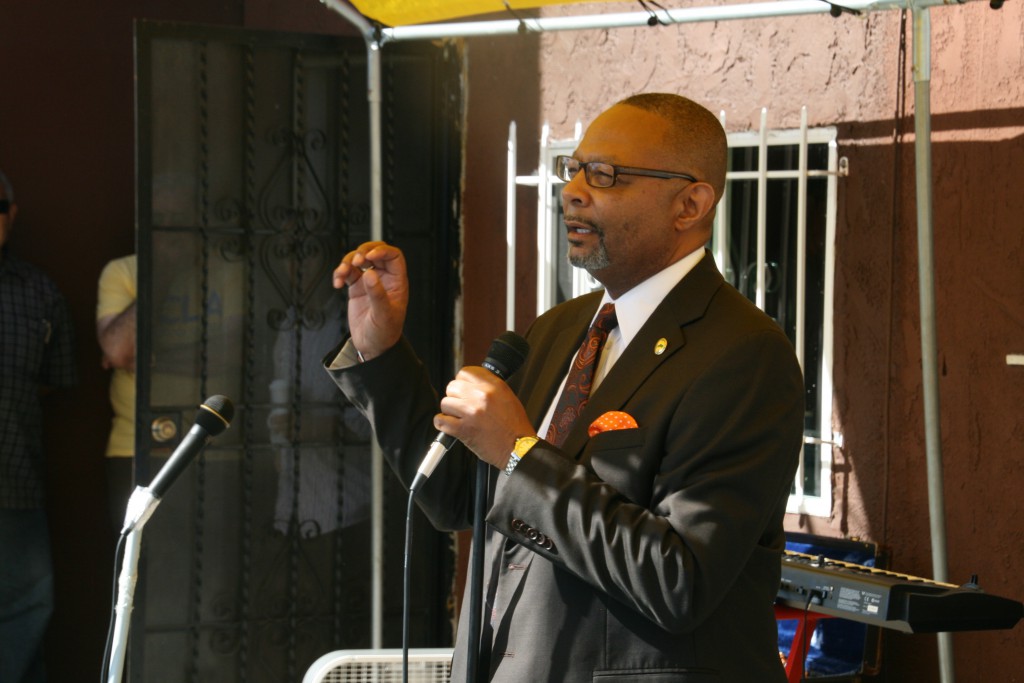 59th District Assemblyman Reggie Jones-Sawyer visited the Al Wooten Center to encourage the children and the UCLA students. “Hopefully these young adults from UCLA understand how important it is not only to give back to the community, but understand how they impact these young people today. You see a lot of bad stories in South L.A., but we have these jewels in the desert that are growing and getting better all the time.” 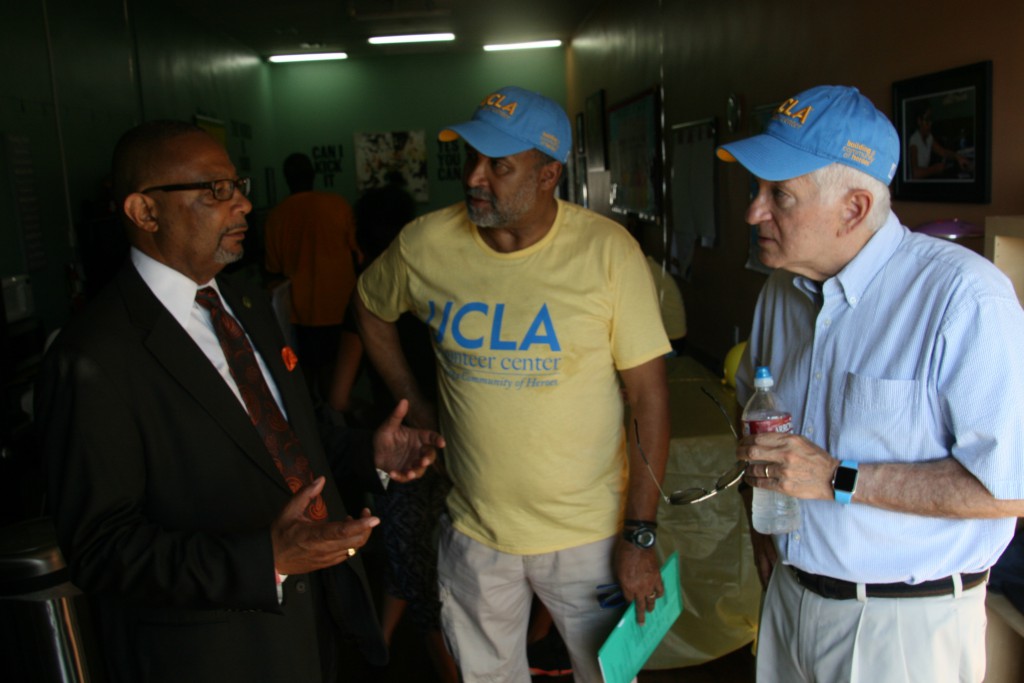 UCLA Chancellor Gene Block also visited the Al Wooten Center for Volunteer Day. Block, Assistant Vice Chancellor Keith Parker and Assemblyman Jones-Sawyer took a moment out of the sun to talk about how UCLA can partner with the legislator. 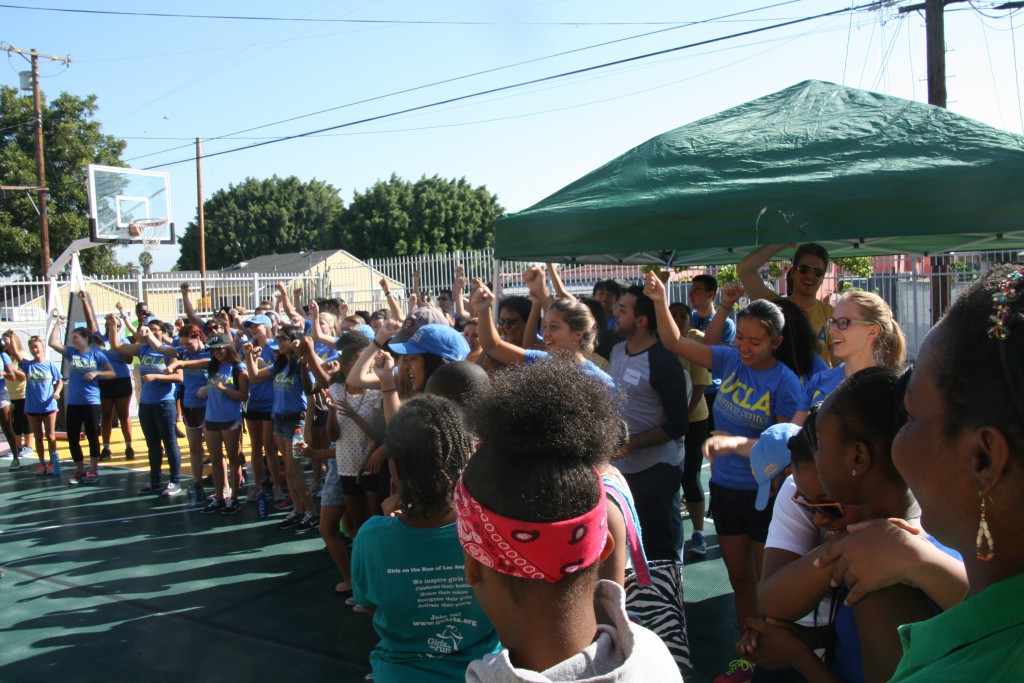 Once the UCLA students arrived, they performed a rousing rendition of the UCLA 8-Clap. 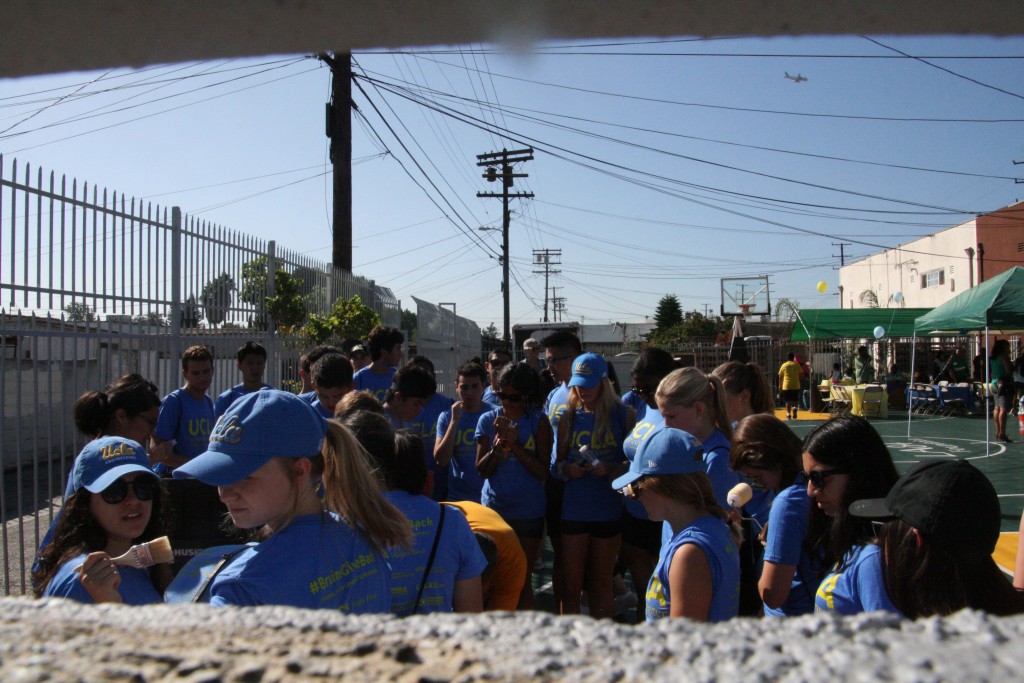 The UCLA students then prepared to paint several outdoor murals. 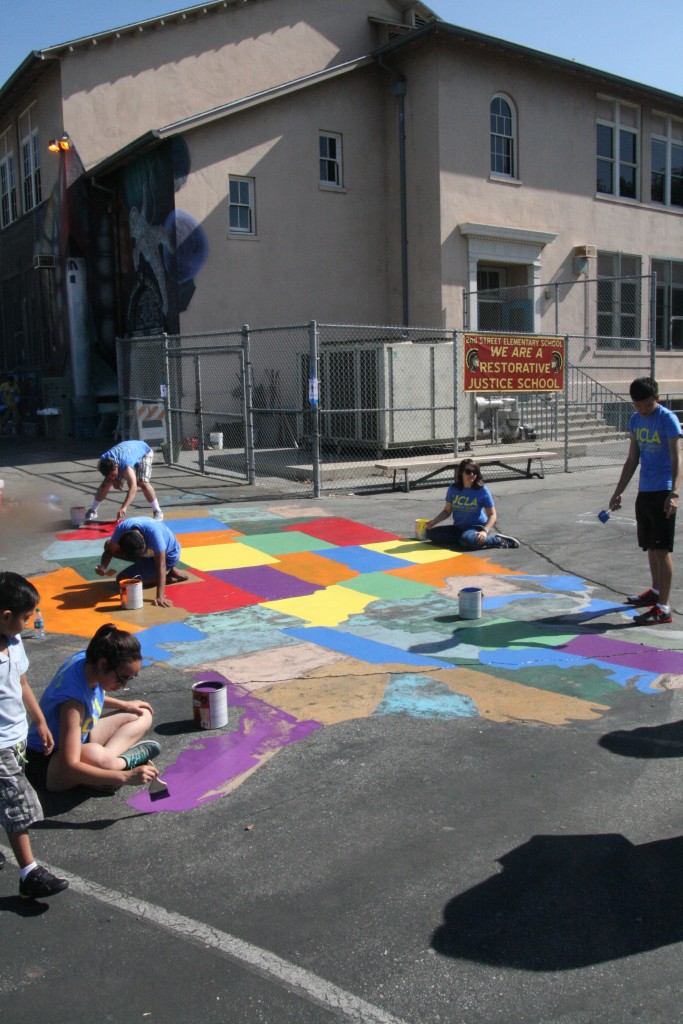 As Chancellor Block and others arrived at Second Street Elementary School, these UCLA students were just finishing up an elaborate United States map mural. 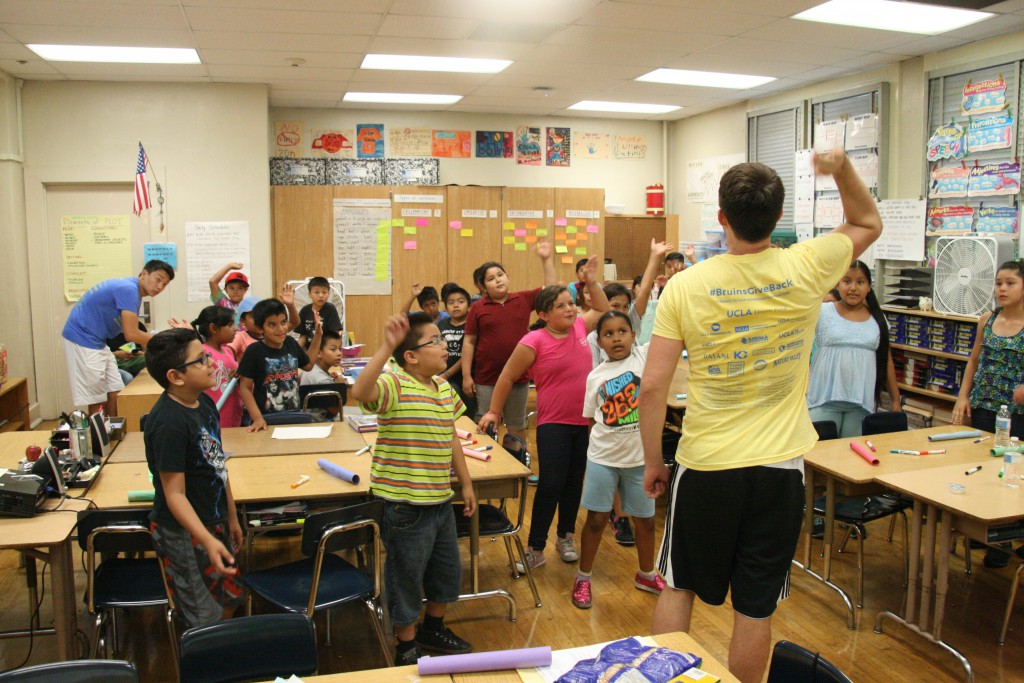 Up in a classroom at Second Street Elementary, actor Jonathan Bennett led the students in an energetic stretch before they went back to work on their homemade paper rockets. 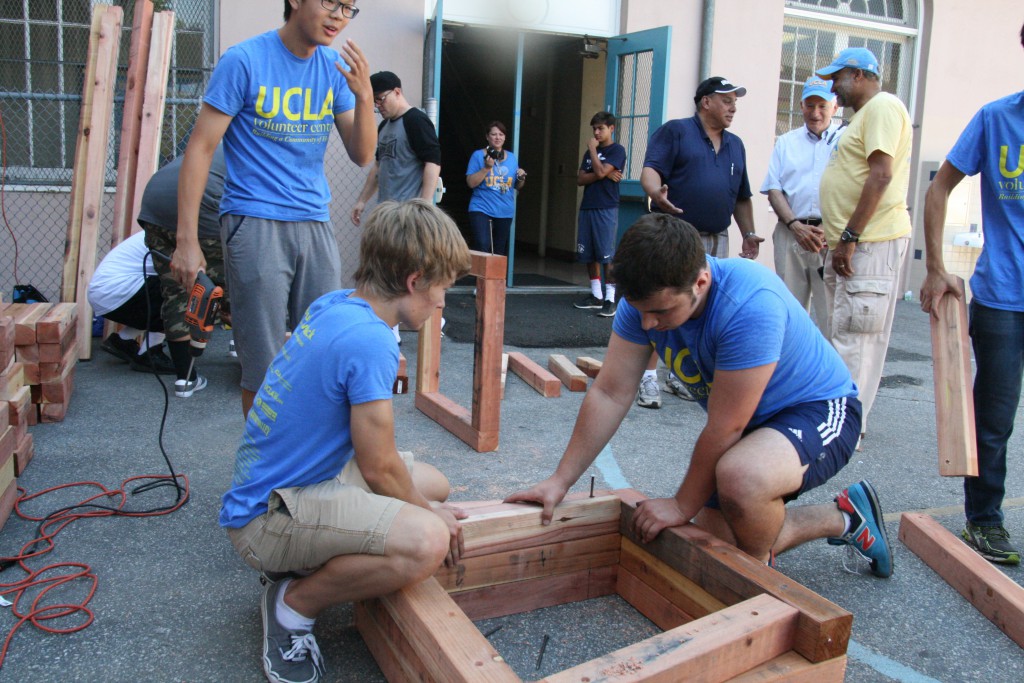 Other UCLA students went to work on constructing planters for Second Street Elementary. 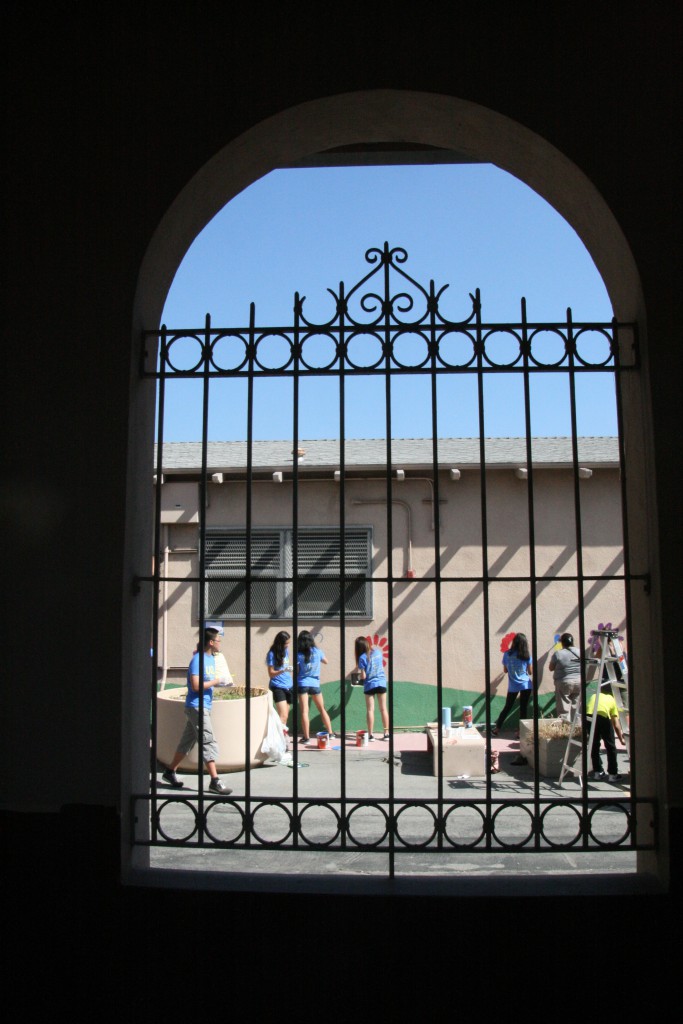 The historic elementary school was the recipient of a number of murals, including one made up of various flower paintings. 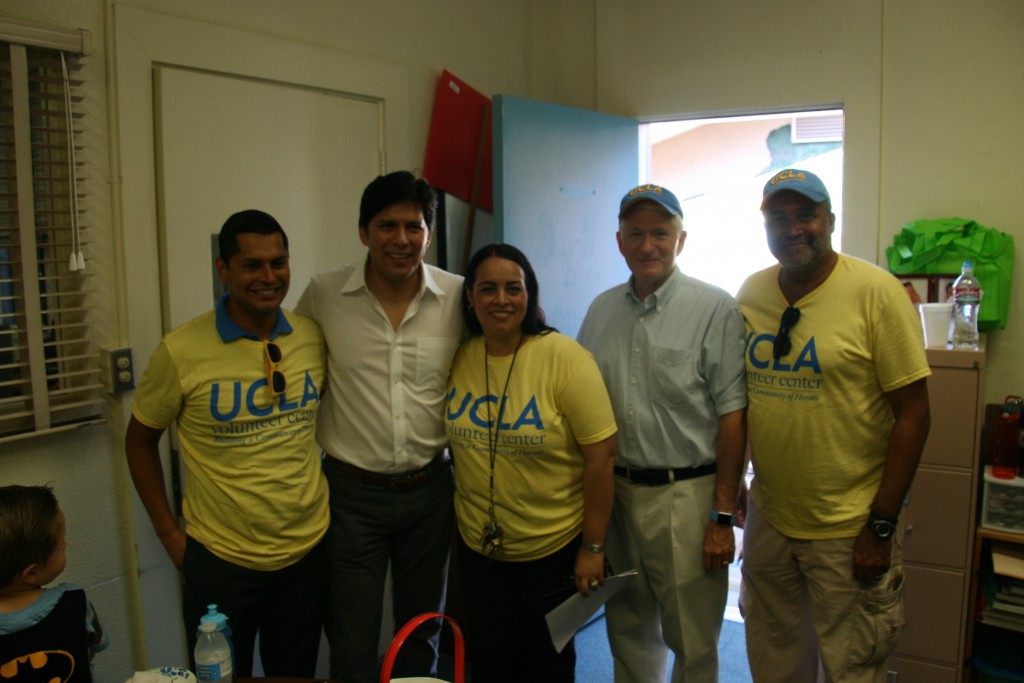 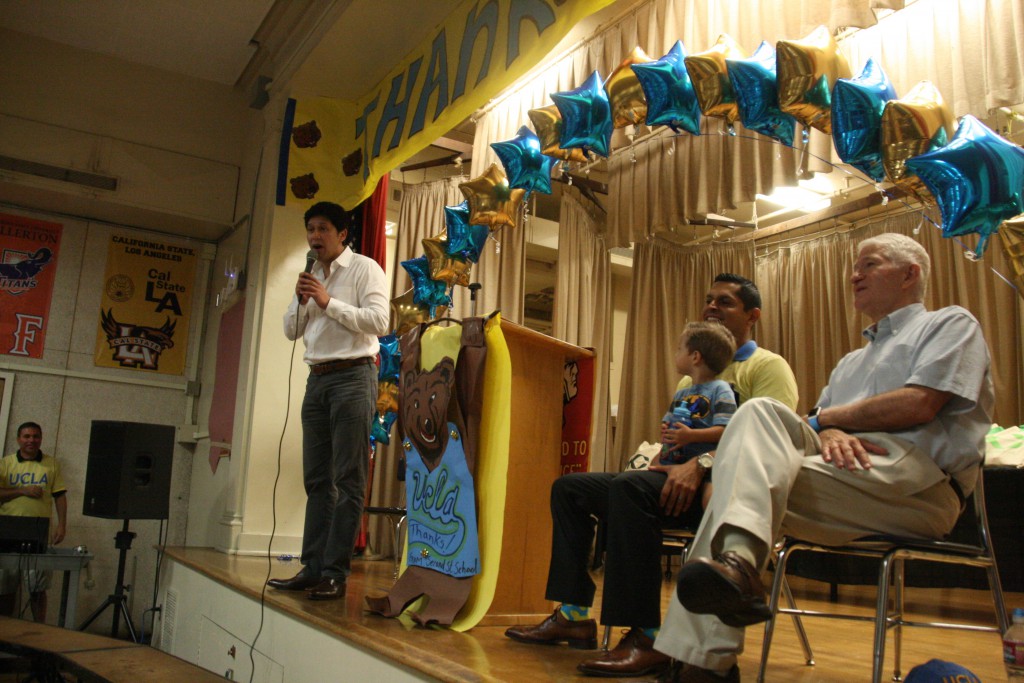 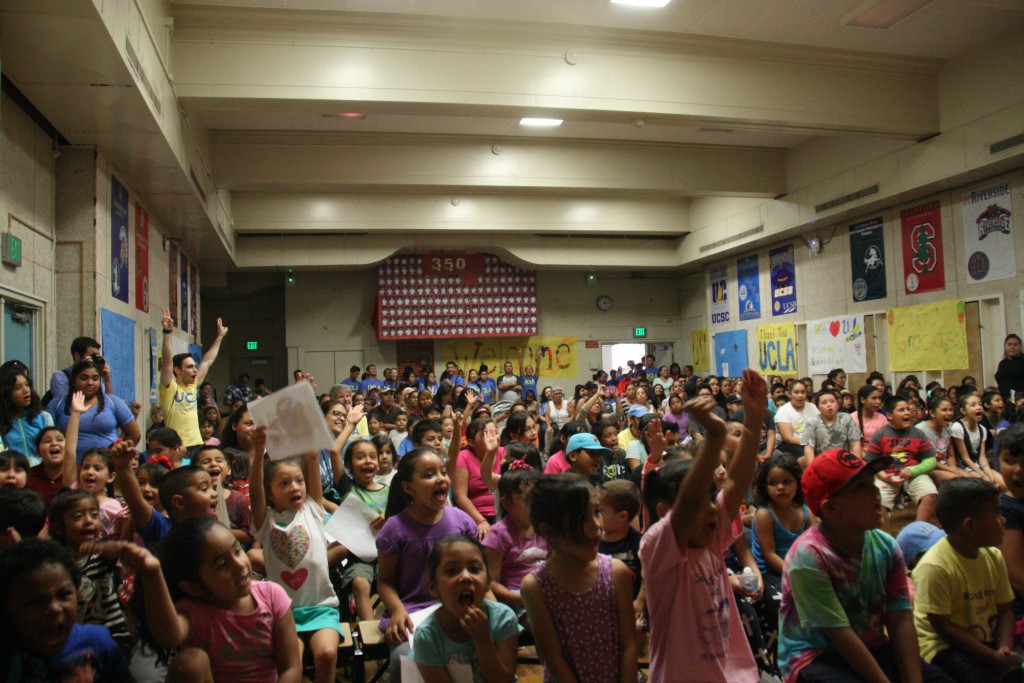 …it was safe to say the majority of the crowd was very interested in becoming future Bruins. 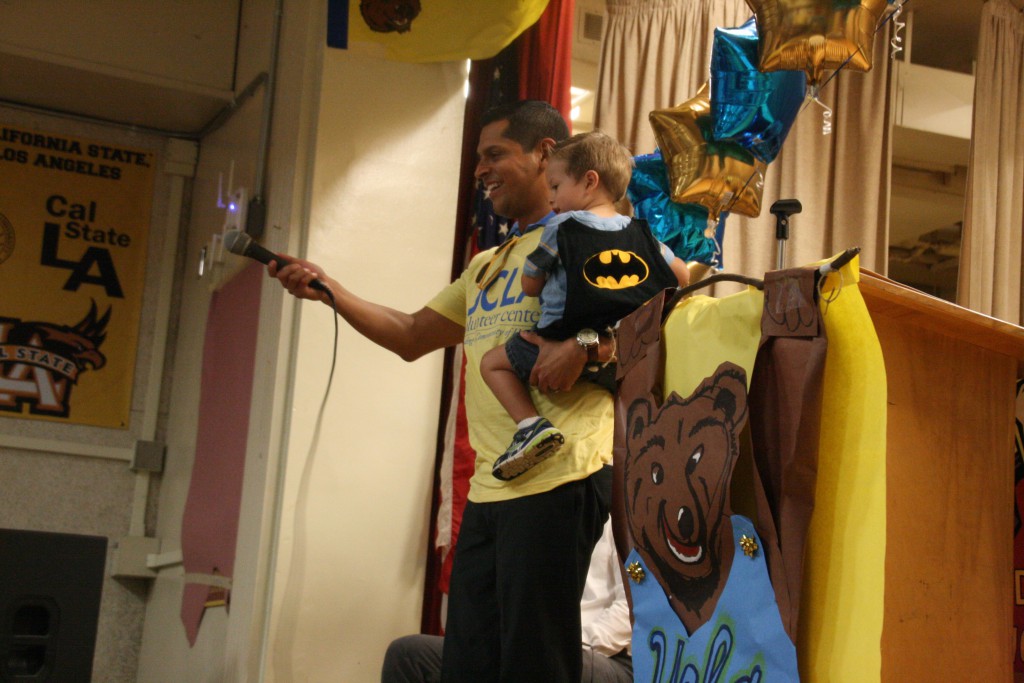 Santiago brought his son, and implored the crowd of Second Street Elementary School students to try hard and aspire to become college graduates. 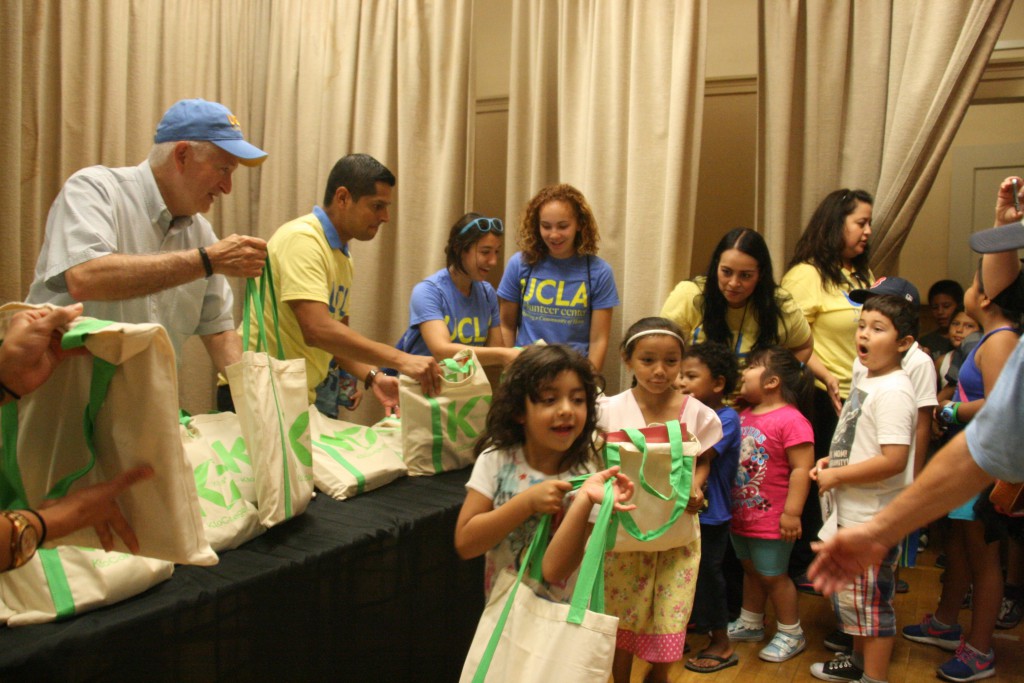 At the end of the assembly, all the volunteers and officials passed out special school supply bags to the students. 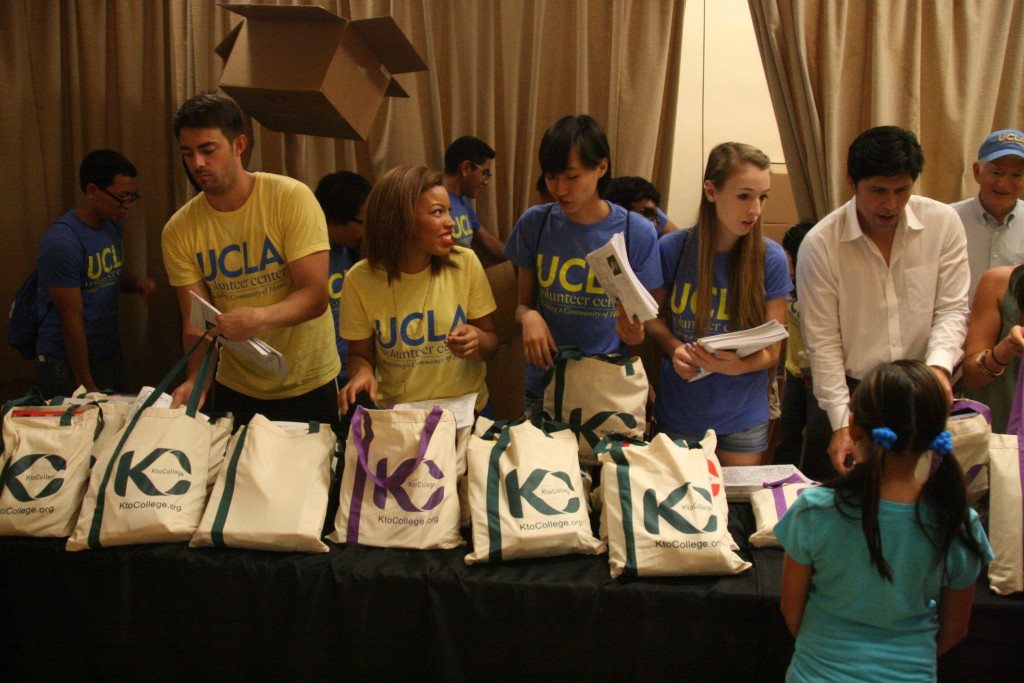 Bennett and “The Voice” finalist India Carney also joined in. “It was a transformational day for my students and staff alike,” Munoz said. “UCLA left more than mural and new paint. You left my students and families with hopes and dreams.” 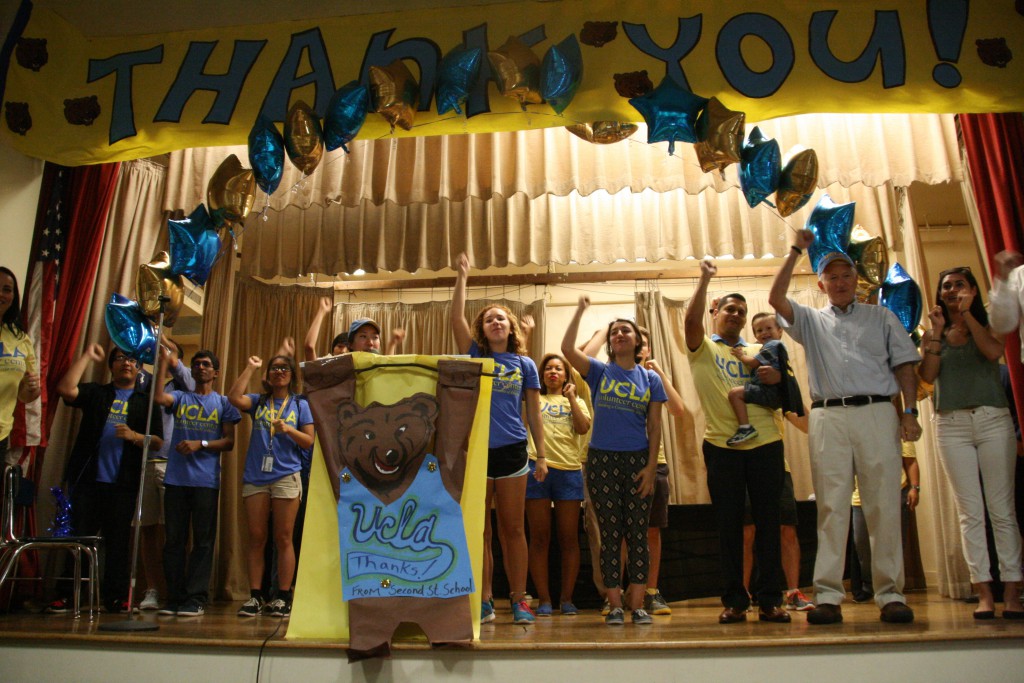 The day would not be complete at Second Street Elementary School without an 8-Clap, and the UCLA students were happy to oblige. 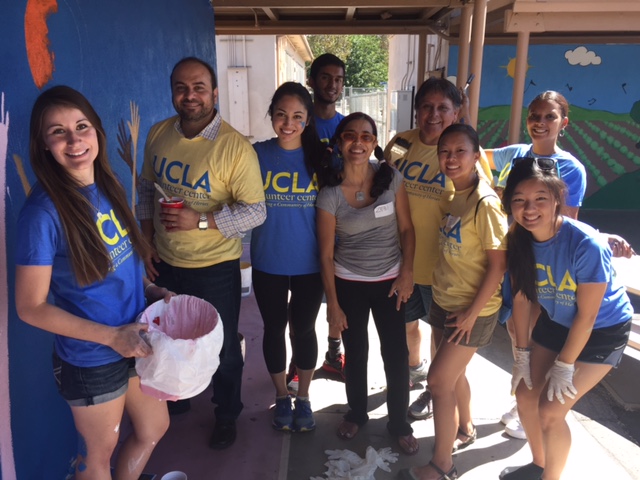 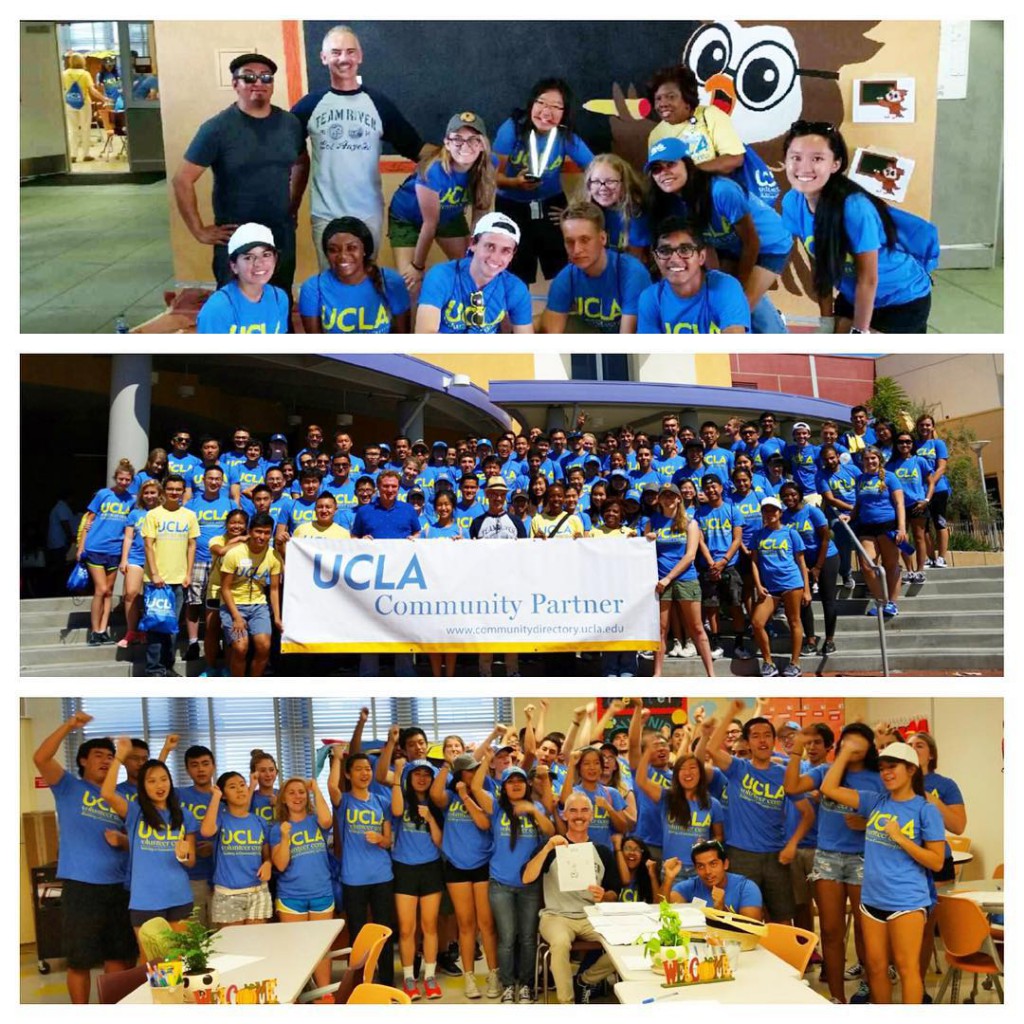