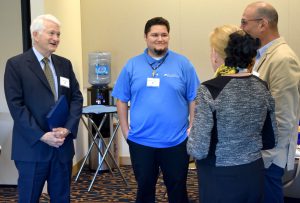 Martin came to the United States when he was 15 years old. His parents did not make the trip with him, and to make ends meet, he soon began to work in the tomato fields in California. Now, years later, he is an undocumented student going to school for nursing.

“How did I get into UCLA?” he asked rhetorically, but with a big smile. “It’s been quite a journey.”

UCLA officials know of approximately 650 undocumented students currently attending the university, and they also know there are likely many more. Chancellor Gene Block hosted a special lunch to place an emphasis on how the greater Bruin community might help these students moving forward, specifically through the Undocumented Students Scholarship Fund.

Undocumented students mingled with UCLA donors and officials, making the case for help in a difficult situation for many of them. Martin himself had to work full time and attend night school to learn English just to get to the point he could join a GED program. His navigation through the college ranks has been no easier, he said, but he’s here now. 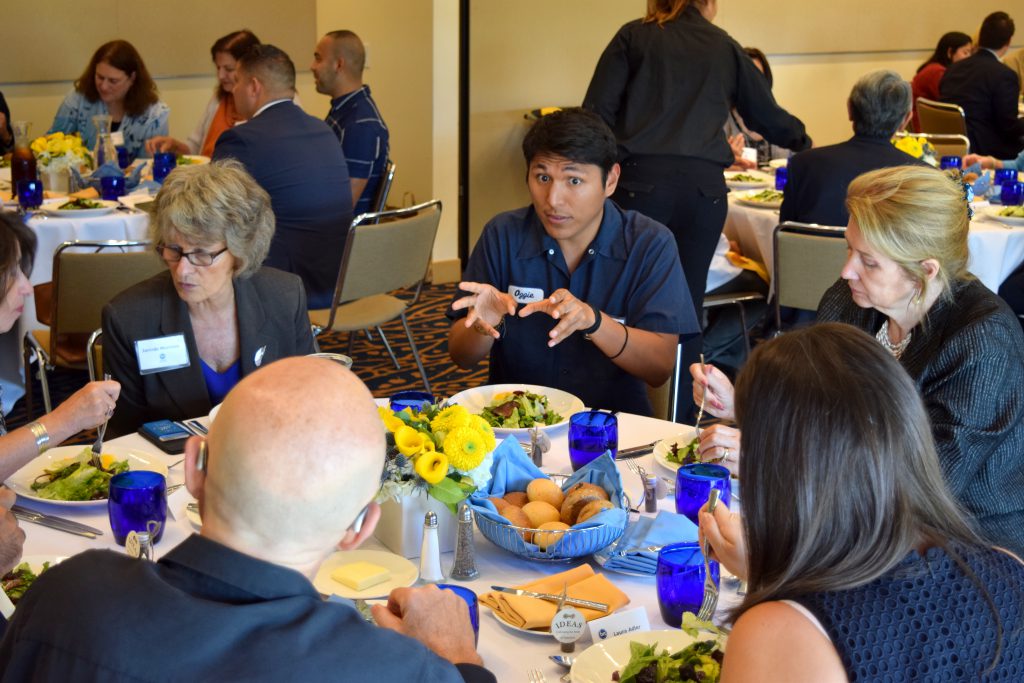 Alumni and donors listened to stories from a number of students.

“I am living proof of dreams being a reality now, but with the lesson that a lot of us are still left out,” he told the crowd during the Oct. 6 luncheon at Carnesale Commons. “There should be a lot more students at higher institutions, and not just UCLA. We have some resources and they’re amazing, but it’s often the financial issues that keep us from reaching higher education.”

The new Undocumented Students Scholarship Fund has gotten off to a good start. There is a Greenfield Undocumented Scholarship of $25,000 over five years, and an unnamed donor gave $10,000. UCLA officials extolled the virtues of having a thriving undocumented student class. 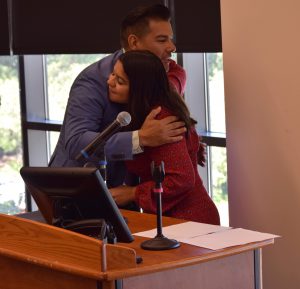 California Senator Ricardo Lara lent some inspirational words to the students and crowd.

“In no time in my memory has the dignity and humanity of undocumented immigrants been subject to harsher rhetoric,” Block said. “Undocumented students are a vital part of this community. These students make a difference. They contribute intellect, a commitment to excellence and an extraordinary energy.”

Assembly Bill 540 permits graduates of California high schools to receive in-state college tuition, and Assembly Bills 130 and 131 were also created to provide state grants and private philanthropic gifts, but officials noted that undocumented students have no access to federal aid.

“They don’t have the full set of resources that most of our students can take advantage of,” Block said.

Officials applauded the multiple resources put in place already, including the Bruin Resource Center, Community Programs Office and Academic Advancement Program. Specifically, the UCLA Undocumented Student Program and the student-run IDEAS (Improving Dreams Equality Access and Success) Program both try and help those students in understanding their rights and dealing with any academic, financial and health issues.

“Thank you for taking such a proactive approach when it comes to caring for our undocumented students and making sure they feel safe and that they have a safe place to be themselves and be fully incorporated students in our campus,” said State Senator Ricardo Lara (D-Bell Gardens), a special guest speaker at the event. “I really appreciate that.” 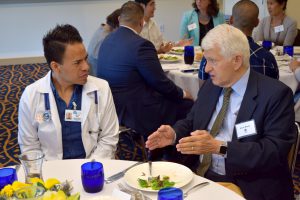 Chancellor Gene Block talked about the need to be as supportive as possible to undocumented students.

Lara said he wanted to lend his support at the lunch to this issue, which is very close to his heart — as a first-time staffer for UCLA alumnus Assemblymember Marco Firebaugh, Lara actually carried AB 540 to completion. He has worked for undocumented students ever since.

“Our Dreamers are fighters,” he said. “These are students who have not given up even in the worst adversities that they’ve faced. They are the ones who give me a source of inspiration.”

“We’re really speaking to them as family,” he said. “And with family, you do what you can to make them a success.”

Undocumented students, on average, he said, need up to $9,000 annual to make ends meet as far as attending the university.

“Everything we receive, I think, is important,” he added. 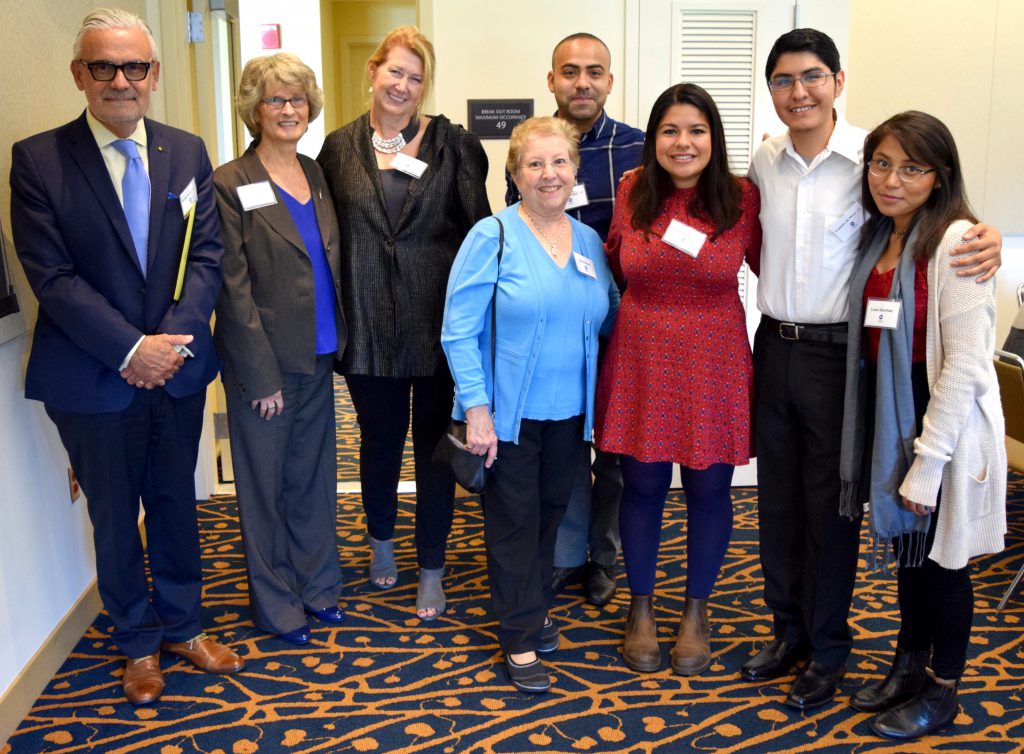 Carol Block was also in attendance to lend her support.