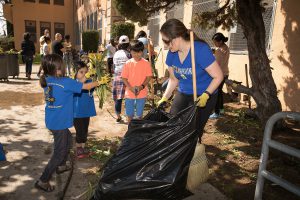 Nearly 100 volunteers of all ages lent a hand to do some spring cleaning at the Mann UCLA Community School. (photos by Reed Hutchinson)

Volunteers from UCLA and a neighborhood in South Los Angeles gathered Saturday, March 25, at Horace Mann UCLA Community School to give the facilities a good spring cleaning.

Almost 100 volunteers worked together to clean the school playground, pull weeds, pick up litter, sweep floors and stairwells, wipe down lockers, organize supply closets and put up decorations. Among the volunteers for the day were Orlando Johnson, the middle school’s principal; Marcelo Suárez-Orozco, the Wasserman Dean of the UCLA Graduate School of Education and Information Studies; Carol Block, wife of UCLA Chancellor Gene Block; Keith Parker, assistant vice chancellor of UCLA Government and Community Relations; and dozens of staff and students from both the university and the middle school, as well as family members. 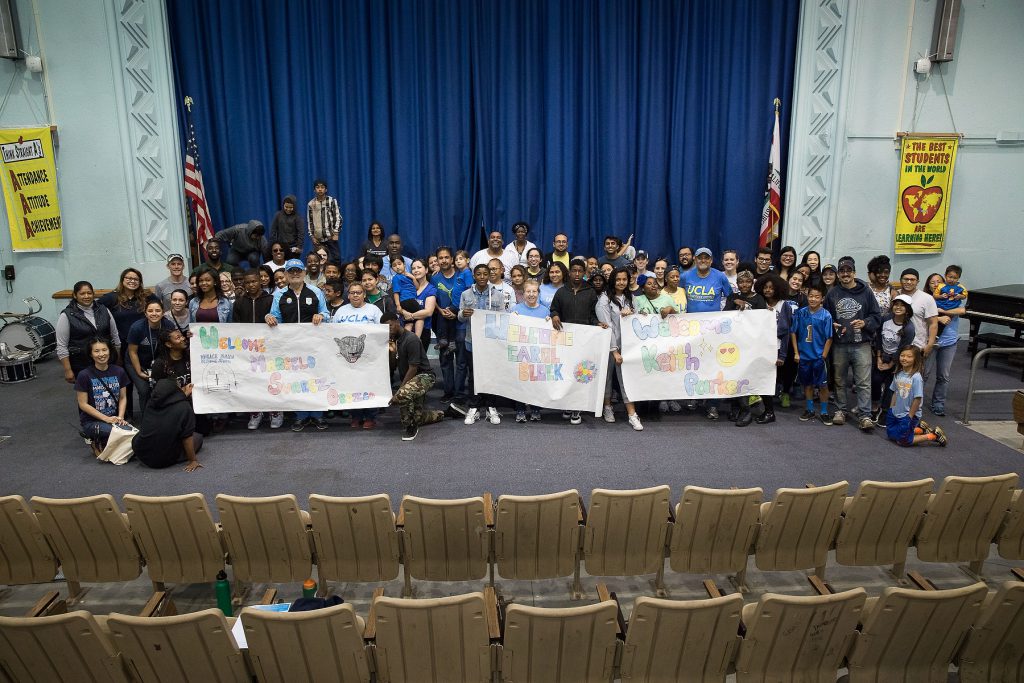 Last February, UCLA and the Los Angeles Unified School District formalized their partnership to expand Mann UCLA from a middle school to a middle and high school. The school will be tailored to the needs of the neighborhood and informed by the success of the original UCLA Community School at the Robert F. Kennedy Community Schools complex in Koreatown. Since UCLA helped open the school in 2009, the Koreatown neighborhood’s college-attendance rate has more than doubled to 75 percent. The school now serves grades kindergarten through 12. 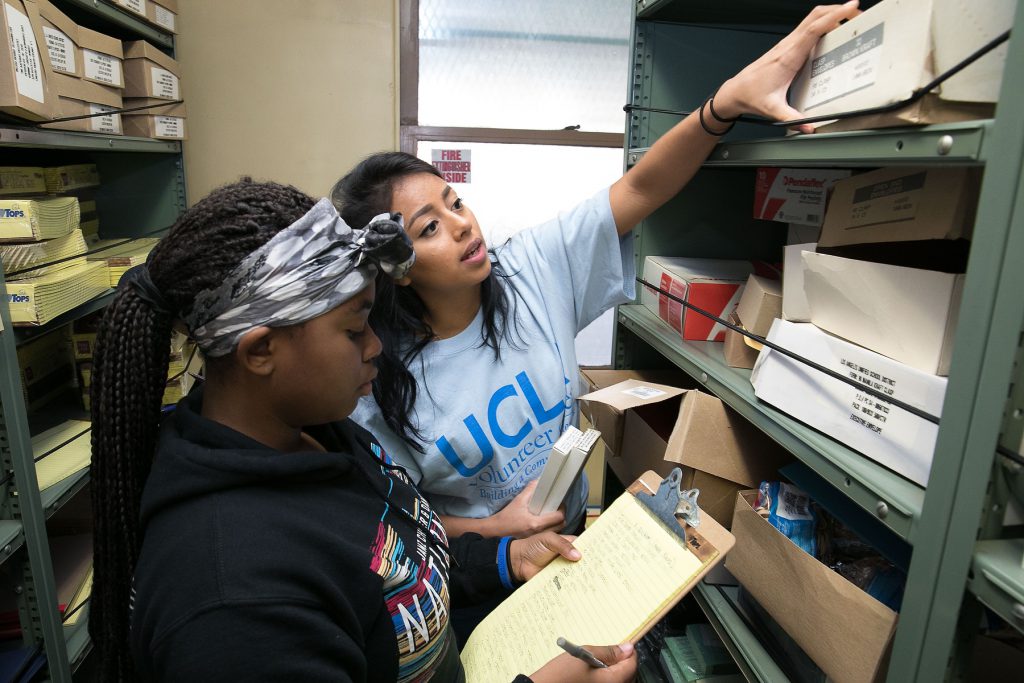